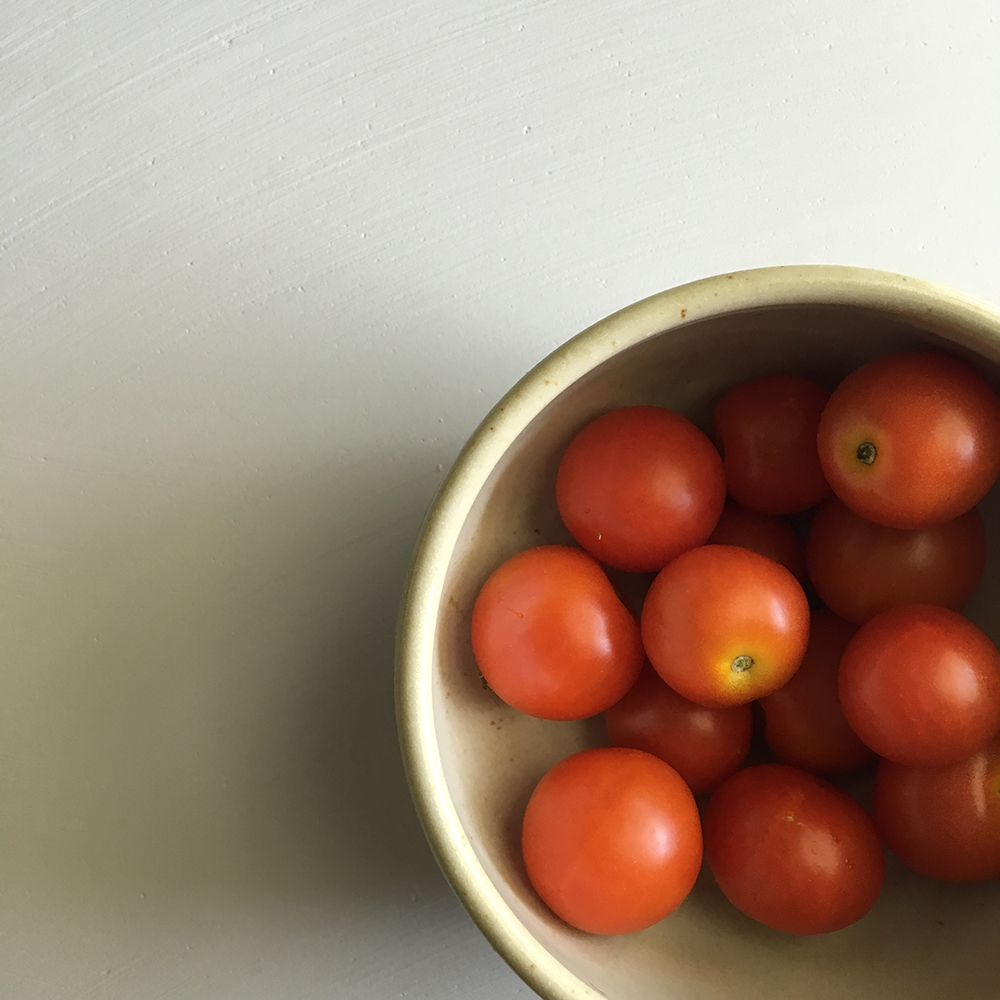 Our house used to belong to an avid gardener. He died many years ago, and the yard was not maintained by his spouse, so we know nothing its glory days. But every time we meet a new neighbor, all we hear about is how beautiful it used to be. This guy was extremely detail-oriented. The whole yard was stuffed with color-coordinated blooms, meandering stone paths, and perfectly timed blossoms.

These days it’s mostly filled with ivy and other parasitic vines and sprouts, ingesting space and devouring resources from each other. Not quite as cute.

Last spring, tired of looking out the back window at an endless spread of pine straw and aggressive weeds, I decided I would start a garden. I had read many an article about the benefits of gardening at combatting anxiety and depression. On top of that, the chicness of being able to say I was growing my own food was rather irresistible. So off I set, myriad Google searches of basic garden how-to’s and spade in-hand, to conquer this new hobby of mine.

The ivy vines grew so impenetrably that I didn’t even attempt planting anything in the ground. I opted for containers instead. This will be easy I said. Containers will help keep everything organized and neatly in its place. Piece of cake.

And then the weekend was over and life started again. My calendar filled up with meetings and gigs and trips and chores. Like a hummingbird I flittered from thing to thing, occasionally stopping to eat or perhaps to rest. I caught gasps of air just long enough to keep going, but not really enough to sustain me.

I didn’t sleep. I didn’t have time. When I did, I couldn’t. My heart pounded, all the time. I woke up at 5AM in a cold sweat almost daily. I went to sleep at midnight, eyes singeing from too much screen time, heart racing to keep up with the weight of it all. Important things happened to my friends. Good things? Bad things? I didn’t know, I wasn’t there.

I could feel the sand slipping out from underneath my feet. Everything was spinning out of control, quickly, and I was grabbing onto anything I could reach, taking on more in hopes I could make up for everything else I was neglecting. I woke up everyday wondering if this was it, would this be the day my heart explodes and my body crumbles to pieces? Will this be the day I end up in the hospital? I kept going anyway.

Meanwhile, my garden held on for its own dear life in the scorching torridness of the Georgia summer. The garden had become another tick on my list of regrets. I tried my best to keep it watered, but in its small containers, it seemed like nothing was ever enough to keep the plants satiated. I watered at 9AM and by the time I took the dogs out at 2, everything was completely parched again. The plants slowly began to shrivel and succumb to dehydration, root rot, and a visit from a neighborhood deer I was previously unaware of. Looking at the garden made me immensely sad. What was once a project full of hope and optimism felt like another marker of failure.

My life at that time felt a lot like the time I drove my car down a narrow (and windy) one-way street not realizing it led to a dead end. There was no space to turn around. I had brought myself to a point where there was nowhere to go, but at the same time, it seemed impossible to get out. If only I had more space, I could turn around.

There was a period in August when I realized I had driven down this road. I had done a terrible job of managing my project workflows, my client relationships, and (clearly) my work-life balance. On four hours of sleep, I hosted a workshop, eyes burning, pumping caffeine to stay awake during the other presentations, fumbling and stumbling through my own speech. The next day, on another four hour’s rest, I ran a race. It was over 90 degrees outside, and we were running straight into the sun. Just like with the garden, my heart was filled with immense remorse as my muscles acquiesced and my legs buckled beneath me. I had trained for this race for months, and now the day was here and I didn’t have enough juice in my tank to follow through.

It became clear to me, in large part due to the wise counsel of a few industry friends, that the only way out was to make space. Just like with the car, I needed the room to turn around before I could make any attempts. Making space meant making tough decisions. It meant upsetting some people. It meant walking away. I’m not a quitter, so every “no” felt more like a dagger to my pride, but I had reached a breaking point, there was nowhere else to go.

So I fired a few clients. Took time to get the others back on track. Went to Europe (a coincidentally previously-planned trip that neatly coincided with my breakdown). Took a month off to get my head back on straight. It was hard. I felt like when I came back, the party would be over, no one would know who I was anymore and I’d miss out on everything forever. Spoiler alert: that didn’t happen.

What did happen was clarity. With newfound space I could take the time to remember my Why, to get organized, to be more intentional and efficient with how I spent my time, how I interfaced with clients, and how I ran my business. I accomplished more and did it better in the first quarter of this year (so far!) than I did all of last year. And thus proves this paradoxical truth: sometimes doing more means doing less. Giving yourself the grace and space to move around freely will give you the clarity of mind and heart you need to accomplish things better. Maybe it means less comittments on the calendar, but it means a much much richer way of operating: you can truly be all-in wherever you are.

As for my garden, despite the many cards stacked against it, it still managed to yield a small amount of product. A small bucket of cherry tomatoes, a half dozen peppers, weekly supplies of herbs, and a handful of carrots. In the fall, as I dumped the containers out, prepping for the coming winter months, I realized the reason my garden wasn’t more fruitful (beyond my neglect, of course). The roots of each plant were densely saturated throughout the soil pressing up against the sides of the containers, soil almost invisible between the interconnected webs of fibers. These plants needed more room. They couldn’t reach taller, bloom bigger, and produce more because they didn’t have any margin. Every resource available was instantly sucked up with nothing left over. There was no space to thrive.

My friends, we need space in order to live richly. The hustle hustle hustle, be a boss lady, I’ll sleep when I’m dead attitude will afford us many checks off the to do list, but we can’t be fulfilled that way, and we can’t truly grow that way either. My sad little container garden of 2016 showed me that growth is less about adding more, and more about making space.

Last weekend my husband and I spent the weekend screwing together boards, drawing up plans, and hauling 5,000 pounds of dirt up the hill to my newly minted dirt patch in the back yard. I make no guarantees for what this little plot of land will become, I have asked myself to hold it to no level of expectation, but I do promise to give it one thing: the space it needs to thrive.

PrevPreviousThe Power of Me Too
NextStop the Glorification of SweatpantsNext